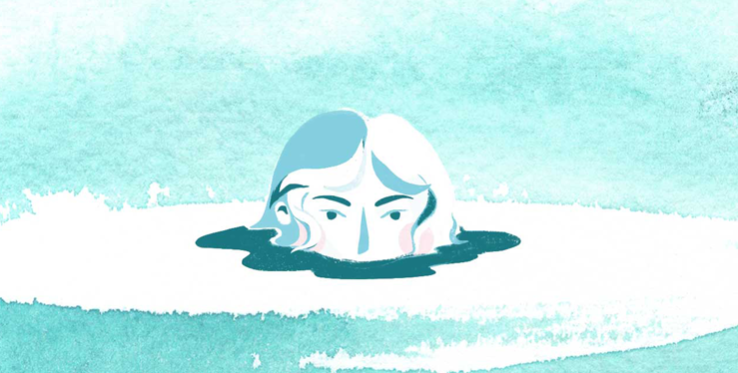 I worked a lot on a professional project this semester ; an animated music video for a musician called Lucy Miller. It was a long adventure, so today I’d like to share with you the story of this project.

Story-boarding was HARD. I did different story-boards before this one, but I couldn’t keep in mind the different parts of the music while building the story. So, I decided to focus on the rhythm and the lyrics by sketching each frame digitally and playing the music at the exact same time.

I have to say that I really felt released to finally find a guiding thread to my video. After a lot of time spent in the studios, I had a great amount of test-takes and experimentations, but absolutely no story no tell.

The original idea was to include two different settings. But the story became too complex, and not really useful for the meaning of the song. I decided to make the story as simple as possible and focus on the main interest of the song; the sea. So I focused on landscapes to fit to the atmosphere of the song. At the same time, I could animate them with some very simple loops, and go to one scene to another by using simple transitions.

The main challenge for me was to create and include a character. It had to be composed of very simple shapes to make it easy to animate, and to fit the style of  the backgrounds.

The first illustrations up were already very close to the final idea. After this first test, I made it even simpler, and focused on the texture and the effects of watercolor. Digital animation had to stay discreet and be useful to the story-telling and the atmosphere. And, most of all, time was running fast. So, here is the final video uploaded on my Vimeo channel… Hope you’ll enjoy it ! 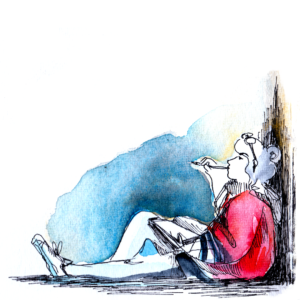 You'll find here - in an approximate english - all my inspirations, news and art projects.